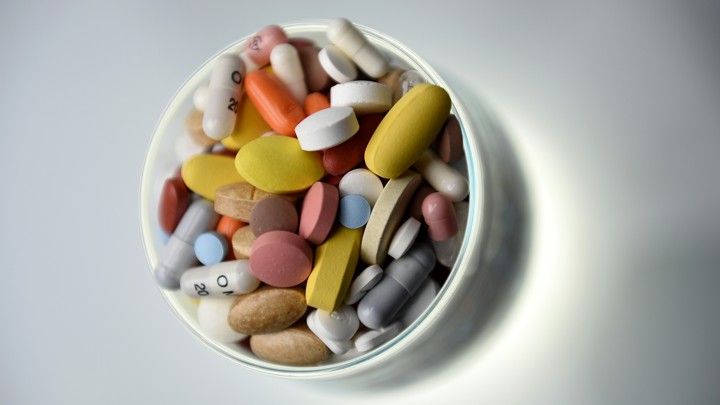 Biotech companies aren’t just inventing dazzling new treatments. They’re also getting creative about how to charge for them. Bluebird Bio, a Boston-based firm that’s developing a gene therapy to cure the inherited blood disorder thalassemia, announced in January it would divide its yet-to-be released price into five yearly installment payments. The company estimates the value of the treatment at $2.1 million per patient, and hints that the price will be “considerably below” to “just below”  that figure. After covering the first installment, the insurer can wait to see if a patient improves before continuing to pay.

Bluebird is one of a handful of biotech firms are trying to soften the sticker shock of new drugs and devices so that more insurance companies will agree to cover them. The premise: The insurers only pay if the drugs work.

Known as value-based agreements, these deals are a departure from standard practice in American health care. They respond to a basic moral dilemma in the system: If insurers cover every possible treatment, the cost of coverage will skyrocket. But if insurers won’t pay for experimental drugs for uncommon diseases, those drugs may never be invented at all, or they’ll only be available to the richest patients. And why should money determine which patient gets to walk again or whose cancer is kept at bay?

The dilemma only becomes starker the higher a drug’s price tag. That’s why Philadelphia-based Spark Therapeutics offered a partial refund last year if its gene therapy for blindness—priced at $850,000 for a single patient’s course of treatment—were to stop improving patients’ eyesight. And Alnylam Pharmaceuticals struck this deal with three major insurers: If its newly approved $450,000 infusion failed to treat nerve and liver damage from a rare hereditary disease, the Boston drug manufacturer would return some of the money—and in a worst-case scenario cover a liver transplant.

“It’s a way to prevent the price tag from being a barrier,” says Michael Sherman, chief medical officer of the Massachusetts-based insurer Harvard Pilgrim Health Care, who’s negotiated more than 15 such contracts over the past three years, including another in the works with AveXis for its soon-to-be approved gene therapy for spinal muscular atrophy.

A Duke University team found that 11 drug manufacturers and nine private insurers together implemented 210 value-based agreements between 2014 and 2017, according to a paper published in February in the American Journal of Managed Care. In theory, the agreements solve two problems for private insurers. First, they reassure insurers that their money will be well spent. “If an insurer pays a million dollars, they’re going to get really annoyed if it doesn’t work,” says economist Mark Trusheim of the MIT Center for Biomedical Innovation. “These let reasonable people be reasonably uncertain. Rather than guess, the can pay according to evidence.”

Second, these agreements focus attention on how drugs perform over time, which is especially critical for therapies without a track record of five to 10 years of research data to support their claims—or for rare disease therapies that were tested on a small number of people.

Yet critics worry that, far from keeping costs down, these agreements only make it easier for drugmakers to charge high prices. Peter Bach, M.D., director of the Center for Health Policy and Outcomes at Memorial Sloan Kettering Cancer Center, says such agreements allow insurance companies to spread out hefty payments over multiple years, which then get passed on to patients in the form of bloated premiums. Installment structures support exorbitantly high prices that wouldn’t survive in the marketplace naturally. “When Bluebird says, ‘We’ve got a $2 million therapy,’ they just made that up,” he says. “Markets should set prices—not financing mechanisms.”

Moreover, there are operational challenges, too, that have prevented value-based agreements from becoming more popular. Under the federal government’s “best price” policy, a drug manufacturer has to sell its products to state Medicaid programs at the lowest cost it offers to private insurers. A refund of more than 23 percent off the list price would trigger a new Medicaid best price. If a million dollar therapy stops working for the patient, says economist Gregory Daniel, a member of the Duke research team that studied value-based agreements, state programs are going to want back more than 23 percent.

Designing these deals is time-consuming and requires costly tracking of data that’s often not available to insurance companies. Then there’s the issue of trying to find meaningful ways of measuring outcomes. (Case in point: Critics have panned a 2017 deal between Harvard Pilgrim and pharmaceutical giant Amgen that used the criteria of heart attacks or strokes—which can take years to develop—to determine whether the cholesterol-lowering drug Repatha was working.) “Negotiations often broke down because there weren’t good metrics to determine the outcomes that matter, like quality of life,” Daniel says.

Ultimately, the most important judgments in health care are subjective ones. “If the payer thinks it should pay $100,000 for a year of life for cancer treatment, and the drug company thinks you should pay $200,000 for an extra year of life, then a value-based agreement isn’t going to make a difference because you have a fundamental difference of opinion,” says Trusheim.

Yet especially as more expensive therapies move through the pipeline, such money-back guarantees will be a useful tool for balancing the scientific requirements and financial burdens of drug development. Creative financing has its limits, but sometimes it’s a patient’s best hope of obtaining high-stakes, life-altering treatments.