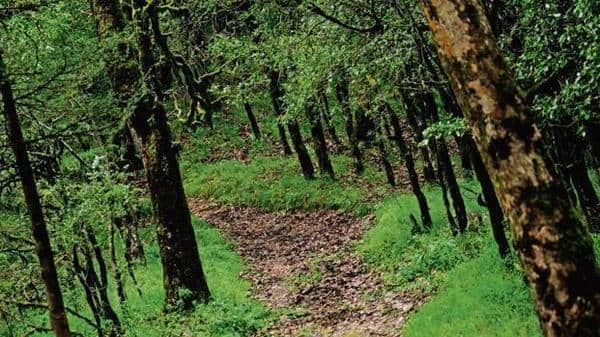 Bengaluru: Ramachandran, better known as Raman, is not exactly pious like the Hindu God he was named after. He is one eyed, could turn rogue at the smallest sound of a cracker, and has killed about a dozen people so far.

At 55 years old, he would have been put behind the bars if he was human. But Raman is an elephant. So if not found near the temple Thechikottukavu, which owns him, Raman could be usually seen being paraded at some public event like a temple ‘pooram’ (procession), or attending a Gulf returnee’s housewarming, surrounded by his fans. In one such housewarming event in February, he crushed two people to death after he lost his cool over the sound of firecrackers.

The jumbo has now a political headache for the Communist Party of India (Marxist) government in Kerala, whose forest department has banned Raman from public appearances in March, citing his need to rest to control stress.

But as big as 10 ft 4 inches, nearly the second tallest of his kind in all of Asia, Raman is the undisputed jumbo king, the ‘Ekachatradhipathi’ as his fans put it. He has fans running Facebook and Instagram pages with thousands of likes and shares.

The ban has failed to go down well with the fans who expect him to begin 13 May’s Thrissur Pooram, as has been the practice for years.

Thrissur Pooram is the biggest festival in Kerala, attended by millions, where two main temples lead idol processions to Thrissur district’s Vadakkunathan temple, adorned by some 100 elephants, ‘Pancha Vadyam’ orchestra, and some of the loudest firecrackers.

A task force that checked the elephant recently found it almost blind and having problems with digestion. As a result, Thrissur’s young district collector T.V. Anupama, known for tough decisions, banned Raman from the Thrissur Pooram. Forest Minister K. Raju backed the decision.

The move has triggered protests, with the Kerala Elephants Owners Federation calling a strike. They are the sole federation of private elephant owners in Kerala, which has around 100 elephants, and has decided not to send any elephants for the Thrissur Pooram, or any other festival in future, until the government change its stand on Ramachandran.

“One Pulsar bike may get involved in an accident, so will we ban all Pulsar bikes?” the federation president P Sasikumar said in an angry press meeting on Wednesday.

Meanwhile, Hindu right wing workers and the Bharatiya Janata Party have held protests in Thrissur, calling the move an unnecessary intervention of the communists in temple rites.

The signs are clear. In the land that inspired Sabarimala protests, Ramachandran and his elephant friends risk trampling Chief Minister Pinarayi Vijayan and his party with the latest ire of the Hindus.

With only four days to go for the pooram, insiders say the government is in a hurry to defuse tensions with elephant owners, with local Communist Party of India (CPI) MLA and agriculture minister V S Sunil Kumar taking on the role of a middleman.

On Thursday, temple affairs minister Kadakampally Surendran will hold another discussion with the owners. The government is also working on a back-up plan, keeping ready its pack of 100 elephants from forest department and public-run temple trusts to be moved to Thrissur to make sure the pooram spectacle is not affected.

The problem partly lies in the way elephants are immensely popular in Kerala, said animal rights activist Venkitachalam, who has received death threats for advocating a ban on elephants for temple festivals, in an earlier interview.

The elephant is more than just an animal in Kerala, a state where almost half of the land is still covered with forests. They are deeply connected to the cultural fabric and religious ethos, said Venkitachalam. It is not for any other reason that an elephant walking down the road, chewing his Panampatta (palm tree leaves) meal, is as common a sight across Kerala as a rally or a strike.

But on the other side, climatic and usage changes has made life tougher for elephants, and they rebel. The forest cover as a percentage of total land area of Kerala has been reduced to 42.15% from 66.2%, a 2017 Mint analysis showed. But more and more captive elephants get added to private owners every year, while the nature of temple festivities remains unchanged, he said.