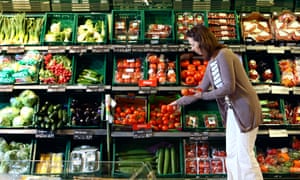 Vegetarians have a lower risk of coronary heart disease than meat-eaters but a greater risk of having a stroke, researchers have found.

Meat-eating has been decried as damaging for the environment, while there are also health concerns: the World Health Organization has classed processed meat as a cause of cancer, and red meat as a probable cause. But as alternative diets take off, researchers say further scrutiny is important.

“Vegetarian and vegan diets have increased hugely in popularity over the past years … but we actually know very little about the potential health benefits or hazards of these diets,” Dr Tammy Tong, first author of the study from the University of Oxford, told the Guardian.

Writing in the BMJ, Tong and colleagues report that they analysed data from more than 48,000 adults who signed up to a wider study between 1993 and 2001, and who had no history of heart attack, stroke or angina.

As well as being asked questions on lifestyle and medical history, on joining the study participants were also quizzed about their diet, allowing the team to classify individuals as meat-eaters, vegetarians, vegans or pescatarians. Some of these questions were asked again in 2010 and participants were re-classified if they had switched diet. As the study involved very few vegans, these individuals were grouped with vegetarians in the analysis.

The health of participants was followed through medical records until March 2016, during which time there were 2,820 cases of coronary heart disease and 1,072 cases of stroke.

The results reveal that once factors including age, sex, smoking status and socioeconomic status were taken into account, fish eaters had a 13% lower risk of coronary heart disease than meat-eaters, while vegetarians had a 22% lower risk.

Meanwhile, vegetarians had a 20% higher risk of having a stroke than meat-eaters. There was no clear effect for fish-eaters.

Overall, the findings mean that over a 10-year period, there would be 10 fewer cases of coronary heart disease in vegetarians than in meat eaters per 1,000 people, and three more cases of stroke.

While the latest study does not prove that meat-eating or vegetarianism is behind the differences in risk, Tong said the association between a vegetarian diet and coronary heart disease supports previous research.

“It was likely that the lower risk in both pescatarians and vegetarians are related to the fact that they have lower cholesterol, but also a lower BMI, lower blood pressure and also a lower rate of diabetes,” she said.

However, others said the data suggested that was unlikely. “It may well be that people who follow alternative diets are less likely to take blood pressure lowering medication for hypertension and as a consequence suffer a stroke,” suggested Prof Tom Sanders from King’s College London.

The study has limitations, including the fact that it is based on self-reporting, and that not all participants answered questions in 2010.The study also mainly involved white people living in the UK, so it is not clear whether the results would hold in other populations.

Dr Frankie Phillips, a dietitian from the British Dietetic Association, said vegetarians and vegans should not be alarmed by the results, stressing that the study does not show cause and effect.

Instead, Phillips said, everyone could benefit from eating more plants. “That doesn’t necessarily mean becoming completely vegan or vegetarian,” she said, adding that having a wide range of foods in the diet ensured it provided all the necessary nutrients.